EPISODE FIVE
ARTIST: PINK SKIES
TOPIC: NUTTY
No matter how you spin it, Americans love their milk.  We all grew up with the “Got Milk” ads, and we learned that dairy is "an important staple on the food pyramid." But as we head into the 3rd decade of the millennia, the public perception of milk is changing. We're drinking less (in 1996 the average household drank 24 gallons a year, but in 2018 it was down to 17), we have more options (oak milk, anyone?), and we're slowly uncovering the truth about the dairy industry (it’s unhealthy, it’s unethical, and it’s environmentally unfriendly.)

Soy milk, almond milk, pea milk, coconut milk, hemp milk, cashew milk, quinoa milk, oat milk, rice milk... there are more options than ever before to help you make the switch to a non-cow alternative. If you're weary, this episode will cover some of the environmental problems with dairy and give you a glimpse into the best alternative. Hopefully you'll be convinced to try something new when you make your next masked trip to the grocery store.

WATER USE
In the past couple of years, almonds have gotten a lot of bad press for their ability to suck up tons of water.  While this is true -- almonds are by far the most water guzzling in the alternative milk category -- dairy milk production still uses more. One standard glass of almond milk requires about 80/L of water, whereas a glass of dairy milk requires almost 125/L of water! When I learned how hefty of a water bill came with buying almond and cow milk, I switched to oat. Soy and oat milks are by far the best water users - at less than 20/L per glass.
LAND USE
The general rule of thumb is it takes 1.8 acres to feed a single cow for a year. That’s just to feed them! It doesn’t include the actual farm where the cow resides and grazes (...if they’re in an ethical farm where they do that kind of thing. That's a whole separate topic.) As shown in the chart below, dairy milk uses a staggering amount of land compared to plant based milk.
AIR QUALITY
Farmed cattle are not fed their natural diet.  The corn and hay that they eat contains a ton of excess nitrogen which they do not digest, and gets released into the atmosphere as ammonia. The ammonia can damage habitats downstream from farms, and can negatively affect air quality, causing breathing problems in humans.​​​​​​​ Yikes. Sometimes it's the little things. 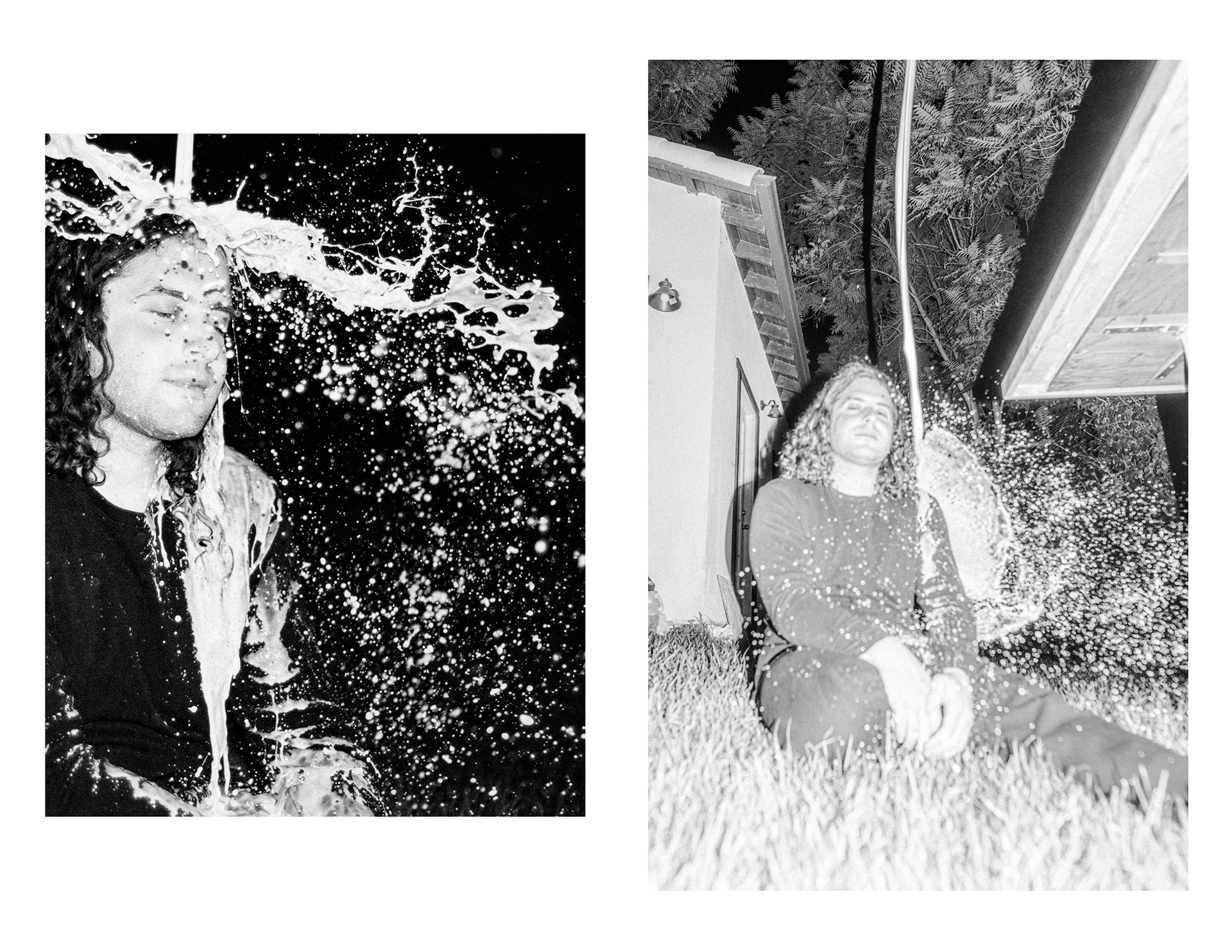 Let’s talk about the myth that “dairy cows are happy cows,” just because they get to live a life without being slaughtered. Marketing can really fool you there. Most dairy cows don’t live on an idyllic pasture, sitting next to their calves, getting hand milked by kind farmers.

In order to continue to produce milk, cows are repeatedly impregnated, and then their calves are removed from the cow within 24 hours of birth. The cows are hooked up to milking machines which over milk the udders, often resulting in particles ending up in the milk that you drink.  Generally, they are slaughtered after about 5 years because their bodies wear out after being constantly pregnant or lactating. We are talking about mass production of dairy here though! If you still prefer cow's milk or need it for your diet -- we encourage you to find local or small time farmers in your state.
Shop dairy sustainability here!​​​​​​​

PINK SKIES FRAMEWORK
THE SOLUTION IS NUTTY
No one of is are perfect and we don’t have to be, but if everyone cut down on their dairy consumption, the world would be less polluted. No argument there. Now that society has become much more inclusive of milk alternatives, we have somewhere to start.
So which plant based milk is best for the environment anyway? The answer seems to be Oat.  It requires the least land, water, and energy.  Soy is close, but Soy agriculture is also responsible for the deforestation of the Amazon rainforest.  Almond is the most popular, but it also has the highest environmental impact -- stemming from the water use.

Personally -- I love oat milk. It's frothy, flavorful and easy to use in coffee or with a bowl of granola.
I'm always excited to try something new though and have yet to give macadamia and hemp milks a try. Maybe those are the true taste winners. // So, are you swayed? Wanna make something at home? Try out that coconut creamer you bought at Trader Joe's? Here's a list of some sweet alternative milk recipes.